The Racine Literacy Council is a 501 (c) (3) volunteer-based organization that provides adult literacy programs in Racine County and works to bring awareness to the community about the importance and impact of literacy.

Viviana Feil English is the Language Learner Coordinator, originally from Colombia, she has been the coordinator for the past six months. The RLC, which has existed since 1965, works independently from other literacy councils. Like most non-profits, Viviana noted, it gets its funding from donations by individuals or grants from entities such as The United Way, the Wisconsin Technical College System, the City of Racine, and thru fundraisers.

In the ELL program, Viviana estimates that about 70% of their students are Spanish speakers. Currently there are about 80 students. The first step for a prospective ELL student is to interview with Viviana and take a written assessment test. They will then return and take speaking, writing, and listening tests to asses their level. After that, they are assigned a tutor. Two members of the staff, Viviana and Alma Juarez are bi-lingual. This is obviously necessary in terms of communicating with prospective students.

The ELL classes are free. The students only have to pay for the books; which they get to keep for reference. The RLC uses the “Ventures” ESL series of books; from basic to level five. At first students come every week and have a different tutor each time. After achieving a certain level of fluency, students converse with the same tutor for two hours per week.

In Viviana’s opinion (and mine) the level of public awareness of the RLC is “a little low.” She came from Colombia seven years ago and didn’t hear about the program until four years ago. “We should do more” to make people aware of the council, she noted. “I think we need more publicity.”  The hispanic community is aware of it but nonimmigrants generally aren’t.

The RLC always need volunteers, not just for tutoring but for other things like administration and even gardening. “If you’d like to make a difference,” Viviana observed, “this is one place you can come. It is amazing what we are doing here; helping people,” she said.

Edmundo Rosales came from Mexico in 2001. At first he worked for a carpentry firm and didn’t need to learn English because many of the workers spoke Spanish. He “felt very comfortable” there. Later, at a different job at a meat plant, many workers again spoke Spanish so he didn’t need to speak English. Despite this, he learned the English vocabulary for the names of the various cuts of meat. He felt comfortable at his job and the owner tried to teach him more skills but Edmundo couldn’t understand. He and the owner felt frustrated. He also felt “stuck.” The idea of trimming meat for 8 hours a day for the rest of his life was “kind of boring.” He wanted to do something else and he knew he would have to improve his English skills in order to have more career opportunities. He realized it was “kind of a mistake to avoid” learning English. So, he decided to improve his English. He started by studying it by himself. He got videos and CDs, one series entitled “Follow me to me America” and another “No Walls for English,” which is popular in the hispanic community. But he wasn’t making the progress he wanted.

His wife, who was working at a nursing home and needed to know English in order to interact with the patients, was going to the RLC. Edmundo could see how his wife was improving. But because of his work schedule he couldn’t come to the RLC. At the same time, he and his wife earned their GED (in Spanish) at MATC. His work schedule eventually allowed him to come to the RLC. He first came five years ago. He is now at the level of two hours per week with the same tutor. He feels that is the best way for him to learn; one to one with a tutor. He is not very disciplined, he admits, it pushes him. He is currently also taking seminary classes in Spanish at Concordia University but plans to be an English language pastor in the future. 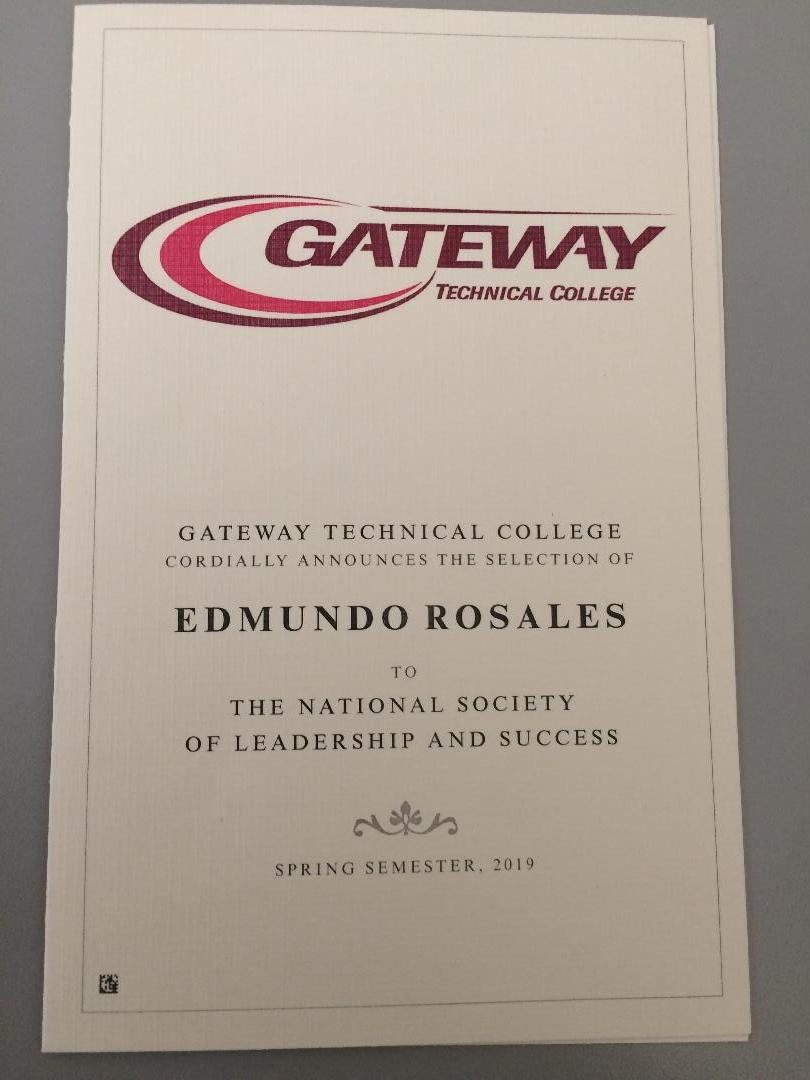